You are here: Home › Do You Know the Number One Best Insurer in Your State? 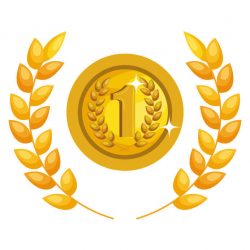 Number one doesn’t mean the largest insurance company. Frankly, being the largest has no connection with the value offered to consumers. Instead, we measure number one based on the company that offers consumers the most value. We measure value based on how aggressively they price, how good they are about paying claims and the level of service they provide.

How to Find Who’s Number One

The Olympics are a good example of both how to, and how not to, determine who’s number one. Take Mikaela Shiffrin as an example. There’s no question she was number one in the giant slalom. We know because she had the fastest time through the course. In skiing, measuring speed is an ideal grading system. The results are without question.

By contrast, the half-pipe is a subjective grading system. While the system has been made to be as quantitative as possible, judging still comes down to a matter of opinion. The reality of subjective grading systems is that the results are less accurate. In fact, the women’s half-pipe is an example of the sometimes arguable results from a subjective grading system. The example was the race for third place. Arielle Gold took home the bronze medal with a sore of 85.75. Just behind Arielle in fourth place was Kelly Clark with a 83.50. However, the sports announcer for NBC questioned the 83.5 for Clark, implying it was too low. That doesn’t mean Arielle didn’t have the better run. It does mean that it’s a matter of opinion.

Subjective grading systems are not only less accurate, they’re also prone to abuse. For example, think back to the 2002 winter games in Salt Lake. Remember when the Canadian skaters Jamie Sale and David Pelletier were robbed of their gold medal? In that case it was foul play by a judge. That’s an example of the type of problems to which subjective grading systems are more prone.

Insuring the Accuracy of Grading Systems

Fortunately, the International Olympic Committee and the International Skating Union took the ice skating scandal seriously. In the aftermath of the debacle they revamped the grading system for figure skating. The result is a more quantitative system. While still not perfect, the more quantitative any measurement system can be the more accurately it reflects reality.

The combination of auto, home and health insurance represents 18% of the U.S. economy. That equates to one in every five dollars of domestic production. Despite this extreme cost, there’s no measure of the level of quality consumers get in return for the money spent.

This is a travesty. Consumers deserve to know the level of quality they are buying, in anything they buy. In fact, with most discretionary purchases people can easily get a measure of the product quality. However, when it comes to insurance, one of the few purchases that is required by law, there is no measure of product quality.

Who’s the customer is a critical question for which consumers need to know the answer. If the customer is the insurance company then it becomes necessary for nearly all carriers to score well. In this business model, the worst carriers will score only slightly below than the best carriers.

Tailoring a grading system to attract dollars from insurance companies compromises the integrity of the grading system. Consumers can identify this type of system by looking for the following characteristics:

Consumers don’t know the companies corporate structure of insurance companies. Therefore, asking about a brand name is meaningless, when their experience is with a child company. In reality, many large insurance companies are comprised of 40+ operating entities. These operating entities are established for the purpose of doing business in some way that is different than the existing entities. Knowing they’re different, they should not be graded as if they are the same.

Asking consumers about an insurance company by the brand name is a bit like asking people how they feel about the weather in the United States today. That’s a meaningless question. It might be 85 in Tucson, but only 10 in Minneapolis. Without having some context about location, asking about the weather has no meaning. In the case of insurance, the context needed is both location and the actual company name, not the brand name of the corporate parent.

First, let’s all agree, this isn’t the community soccer league we’re talking about. With the community soccer league many will make a strong argument that every child deserves a trophy. Insurance is different. With insurance this is the financial livelihood of American’s we’re talking about. Not every insurance company deserves a trophy.

Consumers deserve to know the reputation of the insurance company from whom they buy insurance. In many industries, product quality information is mandated to be printed on the label. At a minimum, the internet is ripe with quality information. Insurance deserves at least an equal level of scrutiny, if not more.

Finally, through data analytics, there’s a service that helps consumers know which insurers are likely to serve them best. ValChoice analyzes every car and home insurance company in all 50 states. We identify which companies specialize in the following types of business:

This service guides consumers through an easy selection process of which companies are best for you. All you need to do is click the buttons below to compare your current home and auto insurance to the best providers in your state.

Note: ValChoice does not receive any form of compensation from insurance companies for presenting them as a good option in our car and home insurance reports.

Dan has been a CEO or Vice President for high-technology companies for over 20 years. While working as a Senior Vice President of Marketing and Sales for a technology company, Dan was seriously injured while commuting to work. After dealing with trying to get insurance companies to pay his significant medical bills, or to settle a claim so Dan could pay the medical bills, he became intimately aware of the complexity of insurance claims. Dan founded ValChoice to pay forward his experience by bringing consumers, insurance agents and financial advisors easy-to-understand analysis needed to know which insurance companies provide the best price, protection -- claims handling -- and service.
View all posts by Dan Karr →
Gold Medal For Best Olympic Advertisement
A Profile in Leadership Excellence – Ryan Dudley