You are here: Home › How to Find The Best Car Insurance in an Auto Body Shop 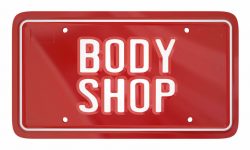 Have you ever hung out at a body shop and chatted with the guys running the shop? I have. These are sharp guys, and the discussions we had about which insurance companies provide the best car insurance were down right interesting.

Who really knows which companies offer the best car insurance?

This is a great story. Before diving in, I need to give a little background. I had been rear-ended by an uninsured driver. The car was drivable, but didn’t look great. As a startup founder, I don’t have a lot of spare time. Therefore, it took me almost two months to get to the body shop. Wow, what an interesting experience when I got there!

The guy helping me was a great guy. He was friendly, easy-to-talk to and inquisitive. His inquisitive nature was revealed when he found out I had moved from California to New Hampshire. While it’s not the first time I’ve been asked, “why would you make that move?” he asked it with a very real sincerity.

From California to New Hampshire, then what?

When he completed the damage assessment we headed back into the body shop office, where the questioning continued. After learning it wasn’t just California, but Silicon Valley that I came from, the next question was “were you with a technology startup?” After admitting to my startup addiction and having been through many startups, the logical next question was “what do you do in New Hampshire?” When I confessed I had started a technology company, he asked “what does the company do?”.

Next he leaned around the corner to a boss or colleague, I don’t know which, and made a statement something like the following. “You have to meet this guy. He grades insurance companies.”

The Longest Stare Ever

The fellow worker leaned around the corner and stared at me. I’ve never been stared at for so long. The stare seemed like an eternity, without so much as a single word spoken. Finally he said, “you analyze a lot of numbers.” I confessed, I’ve spent years analyzing insurance industry data.

The conversation continued on to identify companies industry insiders refer to as “mid market.” We were in agreement on which companies are decent companies. These are companies that are not trying to be great, but importantly, are not trying to take advantage of consumers. We also talked about advertising campaigns and the complete disconnect between the claims made in advertisements and the reality of how companies operate. In conclusion, the fellow worker said “the insurance companies are going to hate you more than they hate us.”

After our banter about the insurance industry wound down, the fellow worker went back around the corner and returned to his tasks at hand. Importantly, I had gotten one more validation that the ValChoice grading system works. It’s not that we ever questioned our approach to grading companies. We’ve known from before we started this that our approach was the most robust and most precise way of grading insurance companies. Nevertheless, it’s still nice to get the third party validation.

To be clear, our analysis isn’t for the purpose of helping auto body shops. No, our analysis is to help consumers. Nevertheless, the company culture of insurers permeates the entire company. That’s why auto body shops are experiencing similar interactions with carriers as consumers will experience when they file a claim. If you’re not with a quality insurer, the larger the claim, the worse the experience will be.

Consumers Deserve to Know Which Insurers are the Best

Unfortunately, most people don’t know how good their insurance company really is. Finally, it’s possible to know. The ValChoice analytics engine grades companies on value, claims handling and service. Get a report on your company so you know how good of an insurance provider they really are.

At ValChoice we believe that anyone required to buy a product or service deserves to know the quality of the service they must buy. Until now, this wasn’t possible with insurance. This is because despite being a trillion dollar market, transparency has never before been available to consumers of insurance. Technology drives the change that makes transparency possible. Hence, our mission is to provide this much needed information to consumers.

The problem of consumers lacking important information is an easy problem to solve. Transparency solves the problem. At ValChoice, we call on insurance commissioners to embrace, endorse and enable transparency.

As an analytics company, it’s important to get a variety of perspectives on the companies we grade. Clearly, subjective inputs like that of body shop owners and insurance agents does not get incorporated into our results. To accurately  measure companies, subjective information must not be used. For the reason of obtaining the best possible accuracy in the ratings, our approach is 100% quantitative. We do not include any subjective data.

Dan has been a CEO or Vice President for high-technology companies for over 20 years. While working as a Senior Vice President of Marketing and Sales for a technology company, Dan was seriously injured while commuting to work. After dealing with trying to get insurance companies to pay his significant medical bills, or to settle a claim so Dan could pay the medical bills, he became intimately aware of the complexity of insurance claims. Dan founded ValChoice to pay forward his experience by bringing consumers, insurance agents and financial advisors easy-to-understand analysis needed to know which insurance companies provide the best price, protection -- claims handling -- and service.
View all posts by Dan Karr →
A Guide to Surviving the Holidays – Nine Tips for Families
Want a new car? Find out how much new car insurance costs