You are here: Home › How State Farm Won By Paying $250 Million Fine 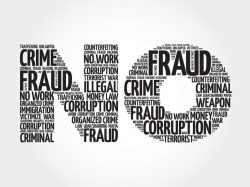 Less than one week before a trial was slated to begin in federal court in East St. Louis Illinois, State Farm settled with the plaintiffs’ attorneys. The customers suing State Farm were seeking $1 billion in damages, plus interest and penalties. In total, the settlement could have gone as high as $8.5 billion. Rather than risking losing in court, State Farm settled for $250 million.

While $250 million may seem like a lot of money, and people reading the news might think the plaintiffs scored big, the reality is that State Farm won big.  This ruling stems from a case back in 1999 in which they were originally ordered to pay $1.186 billion.  If you look at the series of events between then and now, which I outline below, you will see that in the end State Farm reduced what they owed plaintiffs to a mere $0.21 on the dollar compared to the original damages awarded their customers nearly two decades ago.

History of the Allegations Against State Farm

The original allegation was that State Farm used lower quality generic parts to repair cars of their policyholders when the contract guaranteed original equipment. In 1999, a jury awarded $456 million to plaintiffs for breach of contract. The trial judge added $730 million on a fraud claim. The total was $1.186 billion. The same year, an appellate court upheld the ruling, but reduced the damages award by 11% or $130 million. This brought the damages awarded to plaintiffs to $1.056 billion.

The Lawsuit Against State Farm Has a Colorful History

State Farm lost multiple times in Illinois courts. Illinois is where the corporate headquarters of State Farm are located. First, the Illinois state court ruled against State Farm in a trial by jury. Next, the trial judge added damages for the fraud claim. Third, an Illinois appellate court upheld the rulings, only slightly reducing the damages.

Facing more than a billion dollars in fines, the litigation took on a more colorful tone. Here’s what happened next:

Do you ever wonder how your insurance company behaves when you need them most? Now is a good time to get a free ValChoice rating on your auto and/or home insurance company. Click the button below to get your free rating.

Why Did State Farm Settle?

The settlement “is made simply to bring an end to the entire litigation,” said Jim Camoriano, State Farm Spokesman. Camorian continued, “to avoid protracted litigation and appeals that could continue for several more years.”[3]

State Farm “has consistently denied participating in a RICO scheme and to this day denies any role in electing Judge Karmeier,” Bob Clifford, attorney for the plaintiffs, said in an interview Tuesday. “Now they agree to pay a quarter of a billion dollars, and I think that speaks for itself.”[3]

“Groups with ties to State Farm strategized to avoid disclosing contributions that ended up in the campaign coffers of a judge who ultimately helped knock down a $1 billion judgment against the insurer, according to a trove of documents that may serve the important role of outraging jurors in a trial starting Tuesday even if it doesn’t turn out to show illegal acts, experts say.

In a class action brought on behalf of millions of its policyholders, State Farm is accused of collaborating with advocacy groups to handpick Lloyd Karmeier to run for an Illinois Supreme Court seat because of his sympathy to tort reform, and then funneling money through interest groups to his successful 2004 campaign.

After being seated, Justice Karmeier allegedly worked to overturn a $1.06 billion award for millions of State Farm customers who said the insurer let them down by fixing their crashed cars with lower-quality aftermarket parts instead of genuine parts.

Emails and memos revealing donor strategies to fly under the radar of disclosure requirements could be a boon to plaintiffs because they are likely to anger jurors, even if the defense argues they don’t show illegal activity, experts said.The cost of getting Judge Karmeier elected was $0.0036 on the dollar of the original fines imposed.[4]”

This was a business decision by State Farm. The settlement represents $0.21 on the dollar of the fines levied against them in 1999, 19 years ago. The cost of getting Judge Karmeier elected was $0.0036 on the dollar of the original fines imposed. However, the cost of getting the judge elected was more one of organizational prowess than a direct cost. Assuming the company invested the $1.186 billion amount, a 1.1% Compound Annual Growth Rate (CAGR) on the invested money covers the $250 million settlement in 2018.

How a Breach of Contract Conviction Became a Racketeering Allegation

In 2004, a circuit court judge from a rural Illinois county in the southern part of the state declared his candidacy for the state Supreme Court. The candidate was Judge Lloyd Karmeier. State Farm was a large contributor to Judge Karmeier’s campaign. In total, State Farm, and affiliated people, raised $4.3 million of the $4.8 million the candidate raised in total[1]. Notably, $4.3 million represents 90% of Judge Karmeier’s total campaign funds. The other candidate raised $4.6 million, making this the second most expensive judicial election to date.

After the election in 2004 an editorial in the St. Louis Post-Dispatch read, “Big business won a nice return on a $4.3 million investment … It now has a friendly justice.” One year later, the state Supreme Court, with Judge Karmeier in his newly elected position, voted to throw out the award. The U.S. Supreme Court subsequently refused to hear the case.

In 2009, the plaintiffs sought to revive the case. The appeal by the plaintiffs was rejected. Next, the policyholders filed racketeering charges against State Farm in a federal court. The grounds for the racketeering charges were based on the Supreme Court ruling in Massey Energy Co., a coal mining operation. The U.S. Supreme Courts finding was that judges have to recuse themselves from some cases involving their top campaign contributors.

What Triggered the Settlement?

The Need for Transparency

Even with the best judicial system in the world, consumers don’t really know what took place. However, we all know that 19-years later, plaintiffs received only pennies on the dollar compared to the damages initially awarded. Only after paying legal fees, the remainder goes to policyholders. However, how many policyholders can even be located two decades later? Ignoring inflation, damages compensation to policyholders is far less than the actual damages as assessed by the original trial.

Amazingly, this is more transparent than most settlements with insurance companies, because this settlement is public. At least there are some facts to consider when making a decision about which companies from which to buy insurance. Typically, insurance settlements occur in mediation or arbitration. Plaintiffs cannot receive the damages awarded until they sign a confidentiality agreement. Hence, the entire process is shrouded in secrecy.

Whether you bring a pro business or pro consumer bias to this case is irrelevant when talking about transparency. Our point is that transparency minimizes the likelihood of problems like this. Collecting and reporting data on how companies behave is essential. With transparency, consumers will select the type of company with whom they want to do business.

With transparency, lawsuits don’t play out over decades. Instead, both customers and companies can take action immediately based on the data. Transparency allows problems like this to be averted. Yes, transparency benefits both consumers, the industry and the regulators.

Finally, data and analysis on how insurance companies perform is available. ValChoice was founded and is operated on the principles that consumers deserve information on the companies providing the products and services they’re required by law to buy. ValChoice collects this data and makes it available for free to interested consumers. Go to a list of the best insurance companies in your state by clicking the buttons below.

Note: ValChoice does not receive any form of compensation from insurance companies for analyzing and presenting them in our auto and home insurance ratings.

Note from the author: It is not typical for ValChoice to comment in our blog on individual companies. However, this settlement is significant and merits commentary.

Dan has been a CEO or Vice President for high-technology companies for over 20 years. While working as a Senior Vice President of Marketing and Sales for a technology company, Dan was seriously injured while commuting to work. After dealing with trying to get insurance companies to pay his significant medical bills, or to settle a claim so Dan could pay the medical bills, he became intimately aware of the complexity of insurance claims. Dan founded ValChoice to pay forward his experience by bringing consumers, insurance agents and financial advisors easy-to-understand analysis needed to know which insurance companies provide the best price, protection -- claims handling -- and service.
View all posts by Dan Karr →
Who Has Access to My Personal Information?
How can a 100-year flood happen so frequently?