You are here: Home › Will Harvey, Irma and Maria Affect My Home Insurance Cost? 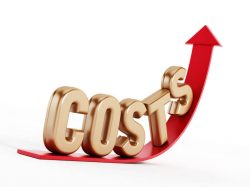 Until 2017, the number of catastrophic hurricanes over the last decade had been low. The resulting impact on home insurance cost is that the rapid increases that took place in hurricane prone areas since the year 2000 had slowed in recent years. However, many other areas that were not in the coastal hurricane zones have continued to experience rapid increases. In total, from 2000 to 2015, home insurance prices averaged a 5.75%* increase per year. This rate of increase translates into homeowners insurance costs increasing faster than health care costs.

Harvey, Irma and Maria brought more devastation than hurricanes typically deliver. First off, three back-to-back, catastrophic events is highly unusual. The differences go deeper than just the devastation of homes from wind, rain and storm surge. One difference is that typically the insurance losses for vehicles is much less than for homes. The term “much less” applies both in terms of total cost as well as when considering the percentage of losses for the year.

One reason losses on vehicles is less is that people are able to get into their cars or trucks and drive away from the storm. Not this time. Estimates are as high as one million cars flooded by Hurricane Harvey. Making matters worse, Maria devastated Puerto Rico. Being an island, there weren’t any good options for a place to drive to in effort to avoid Maria.

For homeowners, Harvey, Irma and Maria ushered in a new era in loss coverage for hurricane damage. The new era is one where policyholders now have a deductible that is specific to the type of loss. This new approach to coverage works as follows. The typical deductible on a home is often $500 to $1,000. With hurricane deductibles instead of a dollar amount the deductible is now a percentage. For example, a home insured for $500,000 with a 5% deductible for hurricane damage the homeowner would owe the first $25,000.

For many homeowners this is the first time they will be faced with deductibles that are thousands of dollars. This will undoubtedly lead to some surprised and unhappy policyholders.

Yes, Your Home Insurance Cost Will Increase Too

While reinsurance spreads the risk, it is likely to also more broadly distribute the price increases. Technically, this should not be the case because risk should be priced at the local level. However, with the heavy losses of 2017, we expect reinsurance prices will increase nationwide. Even if you don’t have an ocean view, our prediction is your insurance prices are continuing upward too.

The Need for Transparency

With transparency, consumers can now know which companies:

Remember when buying a car meant risking getting one that had been in an accident? Carfax changed that dynamic. Now you know the cars history before buying the car.

That same transformation is taking place in insurance. One day we will look back and say, remember when people bought insurance from that company that we later learned was overpriced and didn’t pay claims? Don’t be the last one buying from companies like that. Get your own ValChoice report, or work through an agent that will provide you one.

Be an informed shopper by getting a free report on your insurance company. If it’s good, tell a friend. If it’s bad, switch companies.

Note: ValChoice does not receive any form of compensation from insurance companies for presenting them in our car and home insurance reports. Our analysis is completely independent of the industry.

Dan has been a CEO or Vice President for high-technology companies for over 20 years. While working as a Senior Vice President of Marketing and Sales for a technology company, Dan was seriously injured while commuting to work. After dealing with trying to get insurance companies to pay his significant medical bills, or to settle a claim so Dan could pay the medical bills, he became intimately aware of the complexity of insurance claims. Dan founded ValChoice to pay forward his experience by bringing consumers, insurance agents and financial advisors easy-to-understand analysis needed to know which insurance companies provide the best price, protection -- claims handling -- and service.
View all posts by Dan Karr →
ValChoice Report Identifies Car Insurers That Delay and Deny Insurance Claims
Will the recent hurricanes affect my car insurance rate?