You are here: Home › Leadership Excellence of David Gautsche 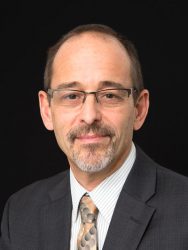 David Gautsche has proven his leadership skills, not once, but three times. Upon graduating from college, David started his career in the manufacturing sector. Next, he moved to financial services. Most recently, David was recruited to become the president and CEO of Goodville Mutual. Goodville is a mutual property/casualty insurer headquartered in New Holland, Pennsylvania.

Update on September 19, 2019: Goodville Mutual Casualty Insurance was named one of the 25 best auto insurance companies in 2019 by ValChoice.

A Natural When it Comes to Leadership

David understands that leadership is partially learned and partially a quality with which people are born. It’s fortunate for Goodville Mutual employees and policyholders that David is blessed with both. His father was not only a strong leader, teacher and pastor, he also passed his leadership genes to David.

Carrying both the genetics and the lessons from his father is certainly an advantage for David. Just as importantly, he understands that an important characteristic of being a successful leader is earning trust. At Goodville Mutual, David earns the trust of employees by meeting with every employee at least once per year. This is just one part of David’s goal of always being accessible and emphasizing the importance of relationships.

Strong Values for a Strong Leader

David also has a unique ability to clearly communicate the values that are important to him. An example of this ability is captured in his statement about why he joined Goodville Mutual. Joining the company included uprooting his family to move to New Holland, Pennsylvania. About that, David says, “Who you are during your work week should integrate with who are as a person.”

David knew that tight integration of who he is as a person was a fit with Goodville Mutual for a few reasons. During his time in the financial services sector he worked with some of the marketing representatives, board members and agents for Goodville. This gave David the confidence that Goodville was already a company where both his weekend and work week values would be appreciated.

Unique Skills for a Unique Market

David understands, and believes strongly in having a sense of a “community.” In fact, looking beyond his leadership skills, building and appreciating community is a second defining characteristic of David.

Before joining Goodville Mutual, David spent 15 years with a fraternal benefit organization where he served as the president of a family of mutual funds. This gave David deep experience in working with a tightly knit community.

The Strength of the Community Culture at Goodville Mutual

In part, the community culture is a function of the history of Goodville Mutual. At inception, the company was formed as a mutual, with most of the initial members being from the Mennonite community. Over time, the company and policyholders have become much more diverse. Currently, less than 50% of the policyholders come from the community built on faith, but those original values are evident in the culture of the organization.

The Perfect Blend of Skills and Values

David is excited to be part of the mutual insurance industry. We expect that David’s appreciation of community; strong core values and leadership skills will ensure that Goodville Mutual continues to be an award-winning performer on behalf of policyholders for years to come.

The “Leadership Excellence” blog posts by ValChoice features CEOs of the best auto and home insurance companies. We identify the “best” companies based solely on how well they perform for policyholders. We aim to write profiles of the CEOs for all the best companies. There is no requirement to be a customer of ValChoice in order to be featured in our Leadership Excellence posts.

Dan has been a CEO or Vice President for high-technology companies for over 20 years. While working as a Senior Vice President of Marketing and Sales for a technology company, Dan was seriously injured while commuting to work. After dealing with trying to get insurance companies to pay his significant medical bills, or to settle a claim so Dan could pay the medical bills, he became intimately aware of the complexity of insurance claims. Dan founded ValChoice to pay forward his experience by bringing consumers, insurance agents and financial advisors easy-to-understand analysis needed to know which insurance companies provide the best price, protection -- claims handling -- and service.
View all posts by Dan Karr →
25 Best Car Insurance Companies
A Christmas Savings Idea That Can Save You Money