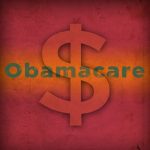 Political discussion aside, The Affordable Care Act (ACA) will fail for business reasons. Whether the ultimate result is the law getting repealed or modified, change is necessary to have a viable and vibrant health insurance industry that drives cost reduction and improved customer service.

The fundamental reason the ACA will fail is because it mandates a minimum Medical Loss Ratio (MLR). MLR is the percentage of premiums paid out to cover health care expenses. When this law came into effect, many American’s thought mandating MLR was good because it guaranteed a minimum level insurance companies would pay to cover healthcare costs. However, the unintended consequences are having the opposite effect.

The problems associated with mandating MLR are two-fold, 1) incentivizing the insurance industry to become less efficient, 2) contributing to the elimination of new insurers entering the market and increasing the level of competition.

Unintended Consequences of the ACA

Taking these two points one at a time, let’s review why mandating MLR delivers the opposite of the intended consequence. The reason is that mandating MLR reduces the ability of businesses to increase profits by improving profitability (efficiency).

Take for example the need to slow or stop the rapid escalation of fees that medical service providers charge. Under the ACA, cost reductions achieved by insurers driving down the cost of medical services will not contribute to the profits they earn, unless the reduction in the cost of services is matched with a reduction in insurance company overhead. While corresponding reductions in the operating cost of insurance companies — or even a slowing in cost increases — sound ideal, it’s not realistic. Therefore, the impact is a reduced incentive to control the prices medical service providers charge since these cost reductions no longer benefit the business or the shareholders.

By setting a fixed ratio of healthcare expenses paid to premiums earned, this new law makes increasing revenue the primary mechanism for increasing profits. As an example of how the law does not deliver the intended consequences of reduced costs, insurers are now incentivized to allow fees charged by service providers to rise, leading directly to increased revenue, and consequently increased profits. This clearly shows that legislating MLR is more likely to result in rising medical costs rather than declining costs.

The ACA Leads to Diminishing Competition

Let’s move to the second point about how mandating MLR virtually eliminates new entrants into the market. The unintended consequence of this is reduced competition, also leading to increasing prices.

New entrants break into markets by targeting market segments not already occupied by incumbents. In health insurance, the easiest market segments for new entrants to target are the individual and small group markets. This is because small group markets consist largely of emerging companies where there are no incumbent providers and the individual market experiences a high-level of churn with self-employed and unemployed people that need insurance and aren’t covered by group plans.

Startup companies typically have a younger population and therefore, much lower medical expenses. Insurance pricing laws called “community rating” mandate higher insurance prices for the risk assumed with younger plan participants. Because community rating requires higher pricing, but the risk is lower due to the younger population in startup companies, meeting MLR requirements becomes virtually impossible unless an established risk pool that includes older people already exists. The unintended consequence is that emerging insurance companies are not a viable business and competition is again limited.

Demonstrating this second point that the ACA virtually eliminated new entrants into the health insurance markets are the early results of CO-OPs (Consumer Operated and Oriented Plans) established under the ACA. These plans were established as non-profits, giving an inherent advantage of not paying taxes. Even with the advantages of tax-free operations and receiving $2 billion in government loans, after only two short years, 11 of 23 CO-OPs have already failed. Five of the remaining 12 have received permission to reclassify the loans they received from the federal government as assets rather than liabilities in order to meet solvency requirements.

Health care costs increasing at more than two-times the rate of increase in the Consumer Price Index is a problem the U.S. has suffered for decades. The ACA clearly did not cause this problem, however, the problem will worsen under the ACA — or any law that mandates MLR. The solution lies in pricing and cost transparency, encouraging competition and rewarding efficiency.

Dan has been a CEO or Vice President for high-technology companies for over 20 years. While working as a Senior Vice President of Marketing and Sales for a technology company, Dan was seriously injured while commuting to work. After dealing with trying to get insurance companies to pay his significant medical bills, or to settle a claim so Dan could pay the medical bills, he became intimately aware of the complexity of insurance claims. Dan founded ValChoice to pay forward his experience by bringing consumers, insurance agents and financial advisors easy-to-understand analysis needed to know which insurance companies provide the best price, protection -- claims handling -- and service.
View all posts by Dan Karr →
ValChoice Selected as UNH Award Finalist
1st Place Winner in Social Venture Innovation Challenge