You are here: Home › Does a gender ban help women? 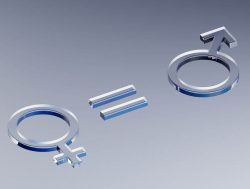 By Dan Karr on March 3, 2021 in Consumer Insurance Information

Several states are jumping on the band wagon of banning gender when pricing auto insurance. Generally speaking, gender bans have a desired outcome of leveling the playing field between women and men. Knowing that women are typically safer drivers, ValChoice decided to look into how a gender ban affects both men and women when it comes to car insurance prices.

Want to know if you’re getting a fair price for your car insurance? Click on the interactive car insurance calculator button below. It’s free.

Which states have a gender ban for insurance pricing?

As of this writing, six states have banned gender when it comes to pricing insurance. Those six states include:

California is the most recent to join the ranks of states with a gender ban for insurance pricing. Now we’re starting to hear rumblings other states are considering implementing a gender ban as well. Therefore, now seemed like a good time to analyze the impact of gender bans.

Data From the California Department of Insurance

The California Department of Insurance (DOI) publishes pricing data for car insurance companies. Current pricing can be found at this link. The pricing is based on:

Until 2020, gender was also an option. Gender was removed in 2020 through a regulatory action by then insurance commissioner, David Jones. In January 2019 Jones signed a regulation banning gender from being considered when pricing insurance. The ban took effect in 2020 after the industry had a chance to change their rating systems.

ValChoice downloaded the 2019 data before the gender specific pricing was removed from the DOI website. The downloaded data had pricing information for the categories listed above, across the state, for both men and women.

Want to find the best insurance companies in your state? Just click the buttons below.

What the Data Shows

ValChoice analyzed the data expecting to find egregious examples of insurance companies overcharging women. However, that was a rare find. Instead, we found that the largest insurer in California (State Farm) was charging men as much as 28% more than women. Across all age ranges and locations, the average was 21% more for a man than a woman. Actuarial data justifies only about a 4.3% differential between the sexes.

This is an important point for the reason that with a gender ban, the burden of that large rate premium men formerly had now translates into a price increase for women. Suddenly this gender ban isn’t looking like such a good idea.

The most egregious example of overcharging women we found was Farmers Insurance Exchange. This company was charging women as much as 8.8% more than men for purchasers of liability only insurance. Female purchasers of full coverage were paying 4.5% more than their male counterparts. Let’s assume parity in pricing is desirable (that’s a questionable assumption). With a goal of achieving parity, the amount Farmers Insurance Exchange overcharged women in 2019 amounted to $31 million. While $31 million isn’t good, reality is that it pales in comparison to the $419 million State Farm overcharged males. More importantly, it brings the logic of a gender ban to level pricing into question. Notably, all other examples of overcharging women were an order of magnitude smaller number than the $31 million.

What problem did the California gender ban solve?

Why this new regulation? Are gender bans popular simply because they sound appealing? It’s all a mystery. It’s a mystery that will never be solved.

Three Steps to Protect Yourself

The ValChoice Special Report on the California Gender ban identifies three steps for how consumers can protect themselves from overcharging. Click here to access the report.

FREE CAR INSURANCE RATINGS — OR — FREE HOME INSURANCE RATINGS
Note: ValChoice does not charge companies to rate them. Instead, we collect data from reliable sources such as state departments of insurance, the National Association of Insurance Commissioners, AM Best and Standard & Poors. We use this high quality data to rate companies on the value they provide, their claims handling and the service they provide.

Dan has been a CEO or Vice President for high-technology companies for over 20 years. While working as a Senior Vice President of Marketing and Sales for a technology company, Dan was seriously injured while commuting to work. After dealing with trying to get insurance companies to pay his significant medical bills, or to settle a claim so Dan could pay the medical bills, he became intimately aware of the complexity of insurance claims. Dan founded ValChoice to pay forward his experience by bringing consumers, insurance agents and financial advisors easy-to-understand analysis needed to know which insurance companies provide the best price, protection -- claims handling -- and service.
View all posts by Dan Karr →
Best Home Insurance in Wisconsin
Best Car Insurance in Michigan